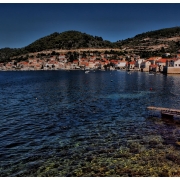 Explore the Blue Cave, visit fortresses and churches, explore ancient monuments and learn history on the island of Vis. Make memories on the Croatian coast!

Explore Vis and hear its story

Vis is the furthest island in the Croatian part of Adriatic that is hidden behind the islands of Hvar, Brač and Šolta. In the Tito’s Yugoslavia, it was the military and naval headquarters of the partisan army which was closed for the public until 1989. Thanks to that it kept its architectural and natural beauties.

The architecture of the island has its origin back to the early days of Venetian rule. Old stone buildings, town walls, churches and fortresses, made from stone from the island of Brač, stand as a reminder of some other times. Vis is the oldest established town in Dalmatia, founded in 397 B.C. When it was named with Latin name Issa. Also it has marvelous architecture from time when the Austrians and Italians was occupying this small and memorable island. Visit King George III Fortress that dates from April 1812 when the English commander of Vis, George Duncan Robertson, began building a short and lengthy fortress with walls that leans over the entrance to the port of Vis which was surrounded by a moat. Walk to the remarkably intact 2400-year-old Greek cemetery which is overlooking the harbor. Visit Thermae whose traces still remind us of ancient times although its several meters high walls were destroyed completely at the end of the WW II.

Visit Viška Luka, the port of Vis, on the northern end of the island where the town of Vis is situated. Feel the spirit of the waterfront while you drink your coffee in one of the cafes or bars, that are located on the squares of the Vis town. While driving down the road that leads you to the village of Kut, catch the most stunning views of the bay. Drive further, to the western end of the island and explore Komiža, the fishing village. This village is great for wandering around, fresh seafood in restaurants, hospitable people and stunning nature. We recommend you to take a boat from Komiža to visit the Blue Cave on Biševo Island. It is located in the Blaun bay on the eastern part of the island and it has been open to the public since 1884. When the sea is calm and the day is sunny, the sun rays reflect through the undersea entrance to the cave and creates the most mesmerizing blue color you’ll ever see.

After the undersea adventure, relax on one of the pebbly or sandy beaches – on pebbly ones you can make sculptures or throw stones back in the sea, and on the sandy ones play the most famous Croatian ball game – picigin.

Vis has interesting wines and great food that stand as a reminder of years that it was closed. So, now those certain industries are flourishing for those who stayed on the island – fisherman and those involved in agriculture. The Vugava grapes once used to make white wine and from red grapes, they produces the Croatian favorite – the Plavac wine. The perfect combination with wine definitely makes local delicacies, such as lamb, fish or beef under the peka with potatoes and other vegetables. You’ll learn that slow cooking is Croatian way of cooking because it’s the best way for entertaining gathering. Try lobster on the grill, fresh sardines, homegrown tomatoes, herbs, homemade olive oil, lemons from the trees, squids, asparagus… – everything you ever imagined in one place. Trust us, this place is definitely made to surprise yours and everybody’s senses!

Things to do on the island of Vis 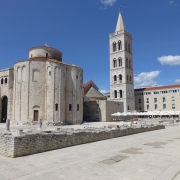 What to Do in Zadar? Visit These Historic Sites, Attractions & Monuments 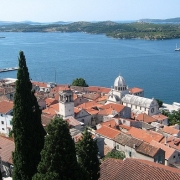 Find Top Things to Do in Šibenik & Explore Its Stunning Attractions 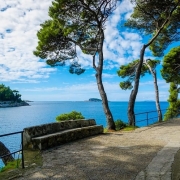 A Perfect Vacation on the Dalmatian Coast: Best Beaches, Food & Things to Do 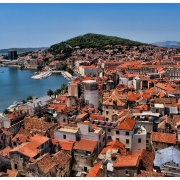 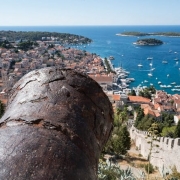 Holidays on the Island of Hvar: 9 Fun Things to Do & What to See 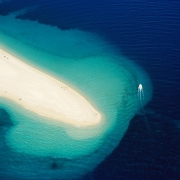 Visit the Island of Brač & the Famous Zlatni Rat Beach

Visiting the Capital of Croatia? 8 Fun Things to in Zagreb & Best Places... Scroll to top