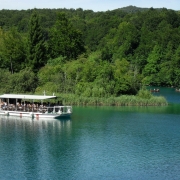 There are many scenic sights and majestic parks teeming with wildlife and adventure thrills in the world. However, where Croatia trumps most of them is the offer of mostly undisturbed and well preserved natural life in conditions they were in eons ago. The country has an ideal landscape for some stunning havens several which have become World Heritage Sites.

The long extensive mountain ranges, lakes and a seemingly unending coastline have gifted the nation with plenty for everyone visiting it. Here is a curation of the best national parks in Croatia you should visit on your trip!

Plitvice was designated as a national park in 1949 and later on, was bestowed with the UNESCO’s World Heritage status. It is the largest and most famous of Croatia’s national parks attracting over one million tourists annually. It consists of dense forests, and 16 interconnected lakes whose biggest attraction are the majestic waterfalls and cascades which fall from 28 meters to 78 meters tall. The water in the lakes changes its hue from blue, to grey and green depending on the minerals present in the time, the angle of sunlight, the season and even organisms.

Beyond the allure of the lakes, there are forests and grasslands for hikers with four trails offering the challenge and adventure you may need. One of the routes used most has three peaks ranging from 800 to 900 meters and cuts through land that has wolves, lynx, and brown bears. Over winter the park is famous for skiing, and there are even facilities for floodlit skiing. Much of the touring around the park is done using tourists trains and speed boats. Cycling is restricted to the edges of the national park on given roads. There are walking tours too.

While the Plitvice National Park gets all the attention for its water, the Krka National Park boasts the more massive waterfalls. It also offers easy access to them, especially the most famous Skradsinski Buk which has 17 cascades preceding it. Krka National Park also provides a different package for tourists. If you love boat tours, the long Krka River is an adventurous way to experience the park. There are also historical tours that take you through early man settlements as well as the camp set for Roman Empire legionnaires for retirement.

Guided walk tours pass through the several fortresses found on the park and the Krka Canyon. There are 200 bird species in the park which make for compelling viewing. Accommodation options are not in the pack, but you can find several at the entrances.

These idyllic islands are full of legend and myth as they are of beauty. Many believe it is the island where the Apostle Paul was shipwrecked while other myths point it as the location of where Oedipus the Greek Hero was captured by the goddess Calypsos. The association with early Christianity is given further proof by the presence of a Benedictine monastery established in the 1100s. The lack of any industry nearby means the waters and life of the island has been spared the pollution effects of human activities leave the waters pure blue.

There are two inland lakes Malo Jezero and Veliko Jezero which is the larger one and the location of the St Mary’s Islet where the monastery is located but now serves as a restaurant. Besides the watersports and touring using a canoe or boat, you can take part in a hiking trip that ends at the peak of 253 meters which offers excellent views of the surrounding areas and the dense forests.

Brijuni National Park is almost as famous as Plitvice and Krka but not for majestic waterfalls but its history. It is made up of 14 islands, although most are not open to tourists. Still, the most famous one the Veliki Brijun is open, and it is the site where 200 dinosaur footprints were discovered. It is also renowned as the island where former Yugoslavian leader Tito called home and from here received leaders from the rest of the world from India to Africa and South America.

These visitors brought exotic animals as presents to him, and he created his private zoo, which has now been turned to a safari park. Some of the animals present include elephants, llamas, and zebras. You can also visit several archeological sites for ancient Roman villas and another St Mary’s church which was set up by Knights of the Templar during the crusades.

Cyclists will have more fun in this park than anywhere else as there is a specific 13-km route designed to take you through the main attractions of the island including the first 18-hole golf course to be set in continental Europe.

The National Park is one of the least known parks in Croatia, which is both an injustice as well as a good thing since you will not have to contend with teeming crowds. It offers plenty of activities from bird watching to hiking and mountain climbing to water sports as well as the unique attraction of fly fishing.

Besides that, it has a unique combination of flora and fauna – from wild boars to lynxes, eagles, and chamois to bears and feral cats – and a vastly diverse landscape which includes valleys, mountain ranges, deep springs, canyons, and caves. There are plenty of accommodation options, which include private lodgings and chalets. 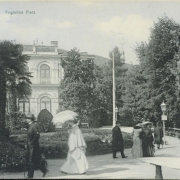 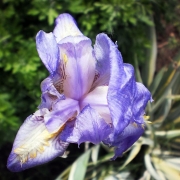 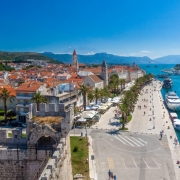 Tipping in Croatia: Who You Should Tip & How Much Scroll to top