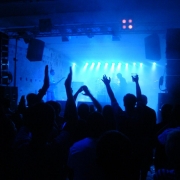 Before planning a trip to Croatia, you should definitely check out our list of Top 10 Croatian festivals. This list includes some major festivals and the eccentric ones, but after-all the choice is yours. Forget about your worries and enjoy throughout Croatia.

You can listen to the Zagreb Philharmonic Orchestra, productions of experimental musical theatre, contemporary dance and jazz. Organised by the Croatian Composers Society, the Biennale started organising lectures, workshops and symposiums – covering topics such as 20th-century classical compositions. Over the years, festival collaborated with major figures of contemporary music, such as John Cage, Igor Stravinsky or Bruno Maderna.

You probably know a little bit about Dubrovnik, but you might not know that every September, in this amazing town, an amazing film & food festival is held. The name of the Association Kinookus implies a special bond that binds food and cinema. This festival speaks about the development of the aesthetic taste in beauty and life, cinematography and art in general.

Kinookus, as the founders are highlighting, presents education as the main part of awakening and refining the senses for rare and forgotten tastes (aesthetic and gastronomic), especially those that are in danger of becoming extinct in a globalised modern world. The Association Kinookus ideas and projects are driven by the principles of non-violence, careful observation, encouraging curiosity and openness towards different as well as an understanding of local culture and culture in general. Therefore, the most important idea that we would like to highlight is the importance of education for youth about the preservation of the uniqueness of Dubrovnik area and spirit.

For nearly 50 years, in July, the dance and musical heritage of many European nations have been celebrated in Zagreb at this festival. This is a festival that promotes multiculturalism expressing it in a sense of cultural traditions features exhibitions, concerts, dance performances and music workshops. Every year various folklore groups from around the world travel to Zagreb for the festival, in order to posses its streets and squares, dressed in traditional garb and ready to perform and discover traditions from across the world.

Performances are typically held in Zagreb’s Old Town, on stages in the Gradec neighbourhood and the central Ban Jelačić Square. So if you’re interested in music and dance, good people and embracing the cultural difference, come to Zagreb. You can even bring your dancing shoes because a series of dance lessons are always open for the public, throughout all 6 days of the festival.

The Pula Film Festival is the world’s oldest national festival and the festival with the largest average number of visitors per screening. This is due to the enormous auditorium in the Arena where it’s held, as is the well-preserved Vespasian’s amphitheatre dating from the 1st century.

The first film screening in this venue took place in 1938, while Pula was under the Italian Fascist rule. But this is not a place for talking about politics, we’re here to talk about movies, culture and having fun. The Pula Film Festival, the largest film festival in Croatia, has been held every summer since 1954 at the Roman amphitheatre known as the Pula Arena and in other venues in the surrounding area.

If you visit Rijeka in June and July you’ll witness an incredible festival of colours and culture when whole Rijeka becomes one big theatre stage. Every day for three weeks, different concerts, theatre performances, exhibitions and street performances take place all over this historical town as a part of the Rijeka Summer Nights. This festival was launched in 2004 by the town itself in cooperation with the Tourist Board and the Croatian National Theater.

You can experience cultural events such as musical performances, ballet, theatre performances and poetry readings. The Festival program includes classical drama productions, premieres of more recent works for drama theatre and concerts of classical music, street theatres and concerts by pop stars. One of the crucial elements of the Festival is inevitable relations between the industrial architecture and the theatre, which is why some of the events are staged at the old industrial sights such as the Trsat fortress (a former observation post built for defence against the Turkish army).

The festival was founded in 1958 in Šibenik and it celebrates children’s imagination and creativity. The cultural event is spread all over the town with every single square. street and house dedicated to children. Local and international children’s ensembles, creative workshops and aesthetic education programs attract people from all over the world in this little town of Croatia.

Held in Opatija, this is a festival for all those who seek for the “sugar & spice” side of life. Walk along the Opatija’s lungo mare, breath in the fresh salty air and visit all of the places where we embrace a thing so sweet that you’ll have to apologise to your dentist. You’ll have an opportunity to taste, see and feel the best chocolate from all over the world because international brands and specialised manufacturers will be producing original and creative delicacies! Attend workshops, lectures, wine tastings and concerts that are all dedicated to chocolate and only chocolate. This is a festival of scents, so come to Opatija in autumn and be a part of this sweet, sweet sin that we all adore.

The Sea on the Table Festival, Fažana, Istra

Restaurants, taverns and areas along the waterfront of Fažana every year offer traditional and creative, new pilchard dishes that all embrace the fisherman way of life. Fažana is a small fisherman village that can offer a lot, so while you’re visiting this festival in June, you could take a peek at the new sculpture in Pilchard Park, taste some of the best seafood delicacies made minutes after you see them mingling in the sea, and enjoy the feeling of making new dishes.

Pilchard is the symbol of Fažana so everything about this festival is related to this small healthy fish. A special attraction is culinary programs of preparing pilchard in 100 different ways based on knowledge and skill, that transform simplicity into delicious dishes. Program of this festival offers courses by the Small fishing academy “Srdela”. If you attent the courses they will show you the underwater world of Fažana, fishing equipment and Fažana’s traditional fishing boats. Tasting fish in Fažana is the perfect opportunity for all of the sea and sun lovers that decide to lose themselves in summer sights of Croatia.

Đakovo takes place as the one of the Croatia’s most important locations for the festival of authentic folk culture – Đakovački vezovi (literally “Đakovo embroidery”). It features a weekend-long series of song and dance performances by folkloric societies from all over Croatia on the first weekend of July. Performances take over the town park from morning till evening and after that, you can enjoy live music concerts in the town centre. This festival includes a show with Lipizzaner horses that is a constitutive custom of that locality, and maybe the whole Croatia. Come here, learn something new about Croatia’s history and take a bit of it with you.

Dance and Non-Verbal Theatre Festival San Vincenti is a unique cultural event, organized by Zagreb Dance Company. With its long tradition, it proved itself as the favourite gathering spot of dance experts and dance lovers who follow the festival’s international program composed of contemporary dance productions, physical theatre, mime, circus performances, workshops, street art and educational seminars. It was founded in the year of 2000 and so far it has presented more than 150 dance and theatre associations from Croatia (and international) with more than 190 productions, education of the new generations of audience, promotion of inter-cultural dialogue and trans-national mobility. Founders of this festival are trying to take an active part in the development of active, democratic and culturally educated society, encouraging creativity and of the solidarity between artists and the audience. 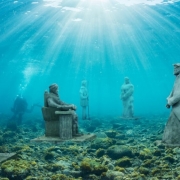 Discover the First Underwater Stations of the Cross in Trogir, Croatia 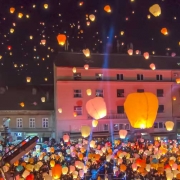 A Complete Guide for Advent in Zagreb 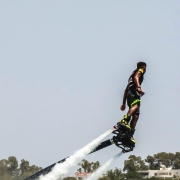 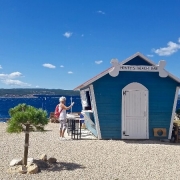