Photo by Mario Fajt / CC BY

Visit Istria and experience a unique adventure among the streets of the smallest town in the world – the beautiful town of Hum!

Hum is located in central Istria, approximately two hours drive from Zagreb and an hour away from Rijeka. It is known as the smallest town in the world that numbers only 30 inhabitants. The legend says that the giants who built Istria had only a few stones left so they used them to build Hum.

History of Hum starts in the early medieval age, around 1102, when its residents build up the walls around the village. They called it Cholm which is derived from the Italian name Colmo. The bell and the tower were built in 1552 as a part of the town’s defence along with the town loggia. Stone streets, squares, churches and massive walls witness the rich history of the town. Walk along the Glagolitic Alley – a 3-kilometre-long path that connects Hum and Roč, decorated with massive stone monuments dedicated to the old Croatian Glagolitic script. Actually, it is a series of 11 outdoor sculptures placed along the road that stand as a reminder of the area’s importance as a centre of the Glagolitic alphabet. Thanks to its structure, we can all agree that entire town of Hum is a historical monument that is absolutely a place to see and feel. The surrounding area is appealing to the nature lovers because of its thick forest, meadows and hills that are favourable for long walks.

Take the keys for an ancient adventure

It takes only 30-45 minutes to see the whole town, on a self-guided tour. Every church and monumental building is marked with informative multilingual info board. Visit the old town, the County Perfect table. Peak into the Parish Church of the Assumption of the Virgin Mary with its classical facade that was built in 1802 by the local master Juraj Gržinić. Check out the frescos of Hum in the Romanic Chapel of St. Jerolim, which colourfully depicts the life of Jesus.

The chapel near the cemetery outside the town gates is locked, so you’ll have to get the keys at the town tavern. We assure you, you won’t regret it! While walking and watching over the stone walls, reconsider if the legend of Hum is true. Explore the nature around Hum and then make a little trip to visit abandoned village of Kotli that is approximately 2 km off the main road between Roč and Hum. This protected rural locality, that is set on the Mirna river, has preserved courtyards, outer staircases, arched passages and picturesque chimneys.

Things to do in Hum 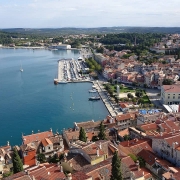 Things to Do in Rovinj & Must-See Attractions 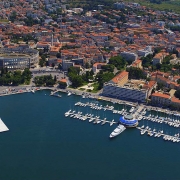 Pula: Fun Things to Do and Must-See Monuments & Attractions 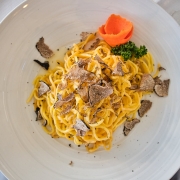 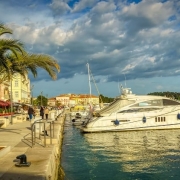 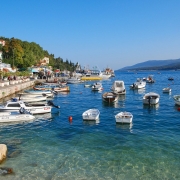 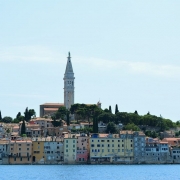 What to Do in Zadar? Visit These Historic Sites, Attractions & Monumen...